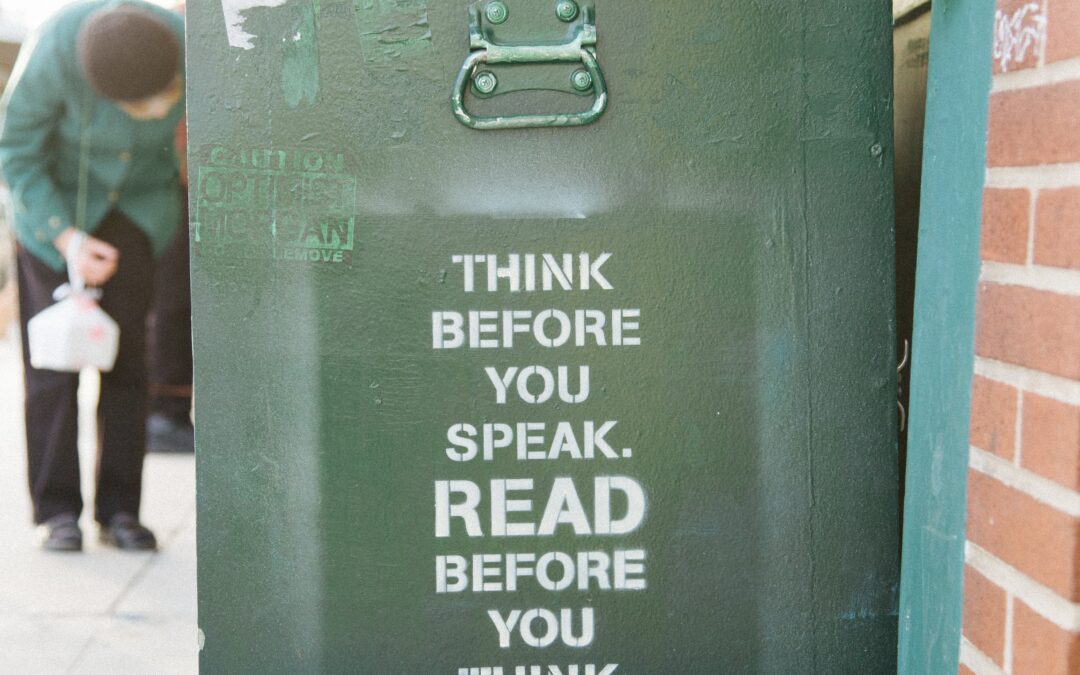 Anyone who has been a student in class with me will acknowledge that I invite students to bring an intentional and critical lens to the language that we use.

Now, more than ever, recognizing the significance and power of language is fundamental. Language can be empowering. It can also cause harm. In combating racism and dismantling systemic injustice, simply changing language is not enough. But it is an important component. Language must be intentional.

Invitational language that facilitates choice making is a benchmark of a trauma-informed approach in all settings. Language (and the use of silence) directly impacts tone, authority and how words are experienced. Our language should invite openness. Not only must we critically analyze what we say, we must also be open to changing our language when we learn that our words are not invitational and empowering. Even more important, we much be open to change when we acknowledge where our words cause harm.

We should always aim for person-centered language. The person should be the focus, not a label, identity group, prior action or behavior. A single criminal justice example would be to say “incarcerated person” “formerly incarcerated person” and “system impacted person” instead of “inmate” or “prisoner.”

We should always defer to individuals for identity language. It is okay to ask, in fact, we should do so. In working in new groups and settings, all participants should be invited to share their pronouns and how they want to be identified. If we “get it wrong” we should acknowledge this and do better.

Intentionally using language in our discussion of race and systemic injustice is fundamental. Disempowering systems are deeply embedded in our language; in order to change systems we must also change language. In talking about race, I have used the term BIPOC. This is a representation of Black, Indigenous and People of Color. In a recent post, Michelle Cassandra Johnson discusses the term, providing a valuable explanation:

“Race was constructed for social and political reasons to set up a system of dominance over none white people. The term white didn’t come into use until 1680 when it began to appear in colonial laws, replacing the description of someone by their country of origin in Europe; “white” is first used as a legal term by the Virginia House of Burgesses.

The racial hierarchy placed white people on top, black people on the bottom and didn’t include indigenous people in the hierarchy because of the forced assimilation and attempted annihilation of indigenous people. One outcome of not including indigenous people on the hierarchy is the perpetuation of a narrative that indigenous people are extinct or a “dead culture” which is both dehumanizing and false. Other people of color move between the two fixed points of white and black. How they move between these two points is based on what is happening cultural and politically. For example after Trump perpetuated hate against Chinese people blaming them for Covid, we began to see hate crimes in the U.S. increase against Asian Americans and Pacific Islanders. This is how dominant culture works.

Anti-blackness is real. Black people have been positioned differently than other people of color.

Anti-Indigenous oppression is real. Indigenous people are often made invisible in conversations about systemic racism.

People of Color are having a shared experience of racism that is different than Black and indigenous peoples due to the history of how race was constructed in the U.S.” (Michelle Cassandra Johnson, 2020)

Language is fundamental. Be intentional. Educate yourself. Be open to dialogue.

As with everything I share, this is but a piece of a conversation. I do not have all the answers. I also know that words have power. We must intentionally oppose language that is dehumanizing and stigmatizing.  We must aim for language that is humanizing and supports empathy, dignity, respect, and empowerment. It is time to do better.

Feel free to reach out for additional resources, and please share language resources that you find helpful.

Today I am grateful for time to slow down.

September is National Yoga Month! The purpose of the month is to raise awareness, promote the health benefits of yoga, and inspire a healthy lifestyle. #yoga #nationalyogamonth #yogateacher #wellness

Today is International Overdose Awareness Day. In this article, we Explore the Impact of the Opioid Epidemic in Black and Hispanic Communities #IOAD2022